After a few weeks working for Alesia I knew I was disposable because every one else she hired also appeared to be disposable.  The only reason I didn’t know it immediately is because I have hope for the greater good and faith in human decency. That hope and faith did not last long.

My very first day of training as her sole employee she presented me with a neatly polished pitch book and a day planner to keep my appointments organized. For three days in a row we discussed the Buy Tampa Bay product and how it would affect the marketplace and become the leader in online coupons. The sales pitch was studied, rehearsed and made to be flawless. She presented me with every conveyance of evidence that people use coupons, every raw statistic she could find from extremely reliable sources whose integrity could not be questioned. We studied the contract agreements, written to the letter of the law, promising that we would do our best to deliver what we say we are going to deliver, so that our clients knew that we knew what we were talking about. It was solid sales ninja brainwashing for a full 24 hours. There was no way for me to go out on the street without making a sale and no way for Buy Tampa Bay to lose.

On Thursday that week, only our fourth day working together, Alesia and I went out to solicit business door to door. The idea now was to share my vast knowledge of Tampa Bay and show her how I canvass a grid. I chose a quiet neighborhood on the Largo/Clearwater border where we began approaching small businesses I knew personally. Within an hour I had made an appointment with my own dentist for the next day where Alesia would witness firsthand the magic of my sales pitch springing to life. My doctor was more than happy to try our new coupon product that targeted his local neighborhood with online coupons, direct mail and The Puzzle Pages newspaper that was part of our mix. No sooner did Alesia take his check than she presented me with one of my own to take to the bank. In one week I had made twice as much as the weekly draw that had been stripped from me at the cemetery. In a matter of hours it felt like I was on the verge of something more successful than I had initially anticipated.

The following week I was on my own, canvassing the way I like, selling as I was accustomed to and structuring my day as I pleased. With a solid canvass plan before me I decided to check in to the cemetery where I was still technically employed. They were paying for my health insurance, after all. I attended the morning meetings and the Tuesday night “mandatory” call out sessions. Mandatory only because Sandra insisted because somebody she reported to, in some office someplace, who we, the Family Service Counselors, knew existed, but were unsure of who they actually were, sat and tallied our progress, which was nil.

The Tuesday night call out sessions consisted of each representative sitting at their desk and combing through old cemetery documents, such as lot deeds that were never officially presented to the family. Lot deeds were true documents but nobody really needed them for anything because they were for lots where somebody had already been interred and the people you had to call would already know where their relatives were buried and generally did not appreciate anyone calling to remind them that Timmy had died when the dog couldn’t pull him out of the lake in time.

The effort of trying to push a worthless piece of paper on a family to discuss the possibility of selling them adjoining or nearby lots was uncomfortable, but when that is the only way to sell something and you work straight commission, that is what you do. Another tactic was the call-around. You seek out the family of an occupied grave that has a vacant unsold grave right next to it, or nearby and let them know you could be buried right next to Grandma and you better buy it before the relatives of the deceased right across from her do because you are calling them next.

Although disturbing to prospective clients, call-out sessions proved to be the least invasive of the person-to-person marketing tactics in our tool kit. The company also mailed out dinner invitations to lists of people within specific zip codes, beyond the age of 60, encouraging them to RSVP and bring a friend to a nearby buffet restaurant to endure a presentation on your final disposition. Family Service Counselors were assigned communal tables where strangers would be briefly introduced and dine together with a sales person.

The 45 minute slide show took the viewer through the history of memorialized burial from the Egyptian pharaohs pyramids to the manicured cemeteries of today. A lovely young lady named Stacey came in from Orlando and executed a flawless speech, hitting the high notes with injections of death based humor at just the right moments and tugging at heartstrings of the more melancholy attendees, making them realize that one day they will be gone and there is nothing you will be able to do about your legacy if you don’t act now. Some hurriedly set appointments with the Family Service Counselors as we stood by while some trucked out the door right after their free meal. Once they held the event at Outback Steakhouse. A woman sitting at my table asked for her order to go, completely avoided all utterance of sales talk, and left.

My first funeral sale came as a result of a dinner presentation. The client was a woman in her 60’s, who lived alone and had no relatives. She bought a cremation because she had terminal cancer and expected to be gone soon. I do not know when or if she has died yet.

Most prospects attending dinners are there for the dinner itself. Some came multiple times and put on a false show of interest acting as if they did not recognize the counselors even when we knew them by name. Maybe some were not acting and truly had lost their memory skills, but if they came more than once to sit through our dreadful commentary, they must have needed the meal, companionship or both, however brief and uninspired it was.

Without floor duty, call outs and dinner leads, sales people would also walk the cemetery grounds to greet quiet mourners reflecting upon a grave site. When that proved fruitless, we would network in assisted living facilities and reach out to senior citizens groups where we were also poorly received. This led to the the final act of sales desperation: door-knocking in random neighborhoods to introduce ourselves. “Have you made final arrangements yet?”

Whether they had or not, nobody cared to discuss it. When a strange man representing the cemetery shows up on your doorstep asking about your future demise, one tends to be wary.

Now given the choice of alienating people at their homes or simply asking a business about their coupon advertising, the latter proved to be the more desirable choice because it came with a softer and more comfortable form of rejection; “I’m not interested.” clearly outweighed “We don’t need your help. Nobody is dying here. Good day.” followed by a slamming door.

Placing sales people into a cycle of rejection gives one impetus to keep seeking other work. Sales managers, whether working to please nameless, faceless overlords in offices afar, or run their own tiny businesses do whatever they can to inspire their charges with the desire for success. They offer bonuses and perks in the form of gift cards for gasoline or coffee shops. They regurgitate a battle cry that was cut and paste from another maniacal team leader who long ago sprouted a thought in their psyche they have never let go: That you are a winner and that winners make sales and anyone who doesn’t make sales must not want to win, so they can be replaced, because that must be what they want.

This mindset never takes product demand into account. “Whatever it is – if I sell it – it’s a great product and somebody needs it. My job is to make them see that they need it and to never take NO for an answer. So I don’t. That’s why I’m a success.” said the career salesman without any friends. Sales managers and regional vice-presidents who push the marketing envelope in new directions know there are enough friendless drones out there ready to replace the ones they already have. Even if a few people slip into their employ who don’t fit the mold, there is enough wiggle room to make them fit until they slip out and are also replaced. It doesn’t matter what a company has to sell, there will always be somebody to sell it for them. Not every employee has to drink the Kool-Aid. Eventually the sales team will turn over completely. The law of statistics will always create a small percentage who maintain consistent success with a majority who struggles, drops out and is replaced with younger, newer models, eager to be trained and possibly move into the successful friendless minority.

Alesia knew from the start that rejection wears down every sales person, no matter how successful. She had seen it for years. No surprise that I would want to get away from cemetery sales when she hired me. She wouldn’t want to do that kind of work either. She also knew that I would need to be replaced one day, once I had heard “not interested” one too many times. So as soon as I was out on my own, she hired five more people.

The revolving door had begun to spin.

There's so much to tell, where do I begin?
View all posts by Mike Rembis »
« The Coupon Slave
The Roller Coaster » 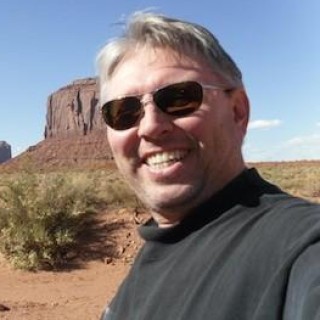